Time for another BF game I think 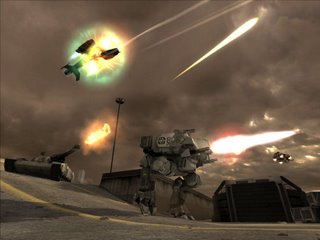 Mind you, the future looks and sounds bloody great. The future features flying through the air in rocket pods. The future makes you work for those essentials like grenades and explosives (so no change there then).

Overall, the demo isn't that good and it looks like you'll need unlocks to do the things you used to do for free (like use grenades to clear out a room, say). That just doesn't seem like a deal to me. Also, the hovertanks are just shit. Really, really shit.
Posted by Big Boss at 16:48